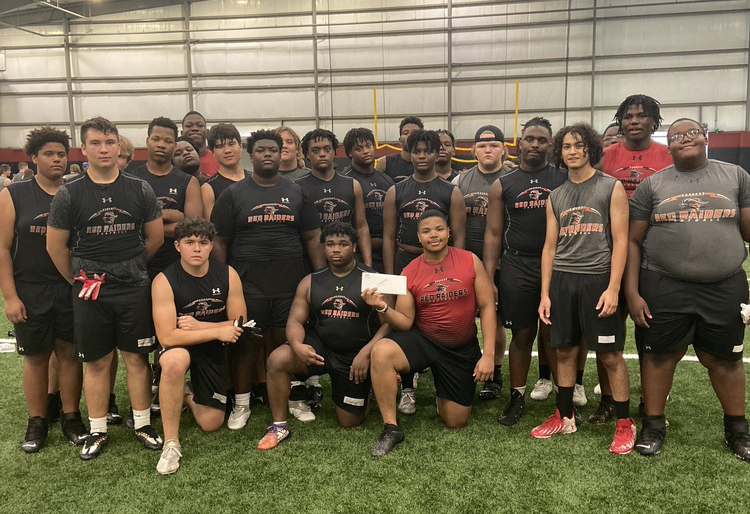 For many student athletes summer is not a three-month break, but an opportunity to improve their skills and become better competitors.

“In the summer you have the 7v7 tournament for the skill players and for the linemen we have these challenges,” said Alan Copeland, Tyler Legacy’s offensive line coach. “The lineman challenge is a great way for our guys to compete against others and build a bond leading up to the football season. We believe this is a great way to create unity and pride with each other and we love any time they can compete against other schools.”

The Red Raiders’ four-star defensive lineman Jordan Renaud recorded a notable 23 reps on the bench press. At the end of the competition, Tyler Legacy earned 64 points in the Division 1 competition and a second-place finish to qualify for state.

The State Lineman Challenge will be held at Hardin-Simmons University in Abilene, TX on June 25th at 9:00 a.m.

We are proud of our student athletes for putting in the work this summer to have a successful school year. Good luck to the Tyler Legacy football players competing in the State Linemen Challenge this weekend!