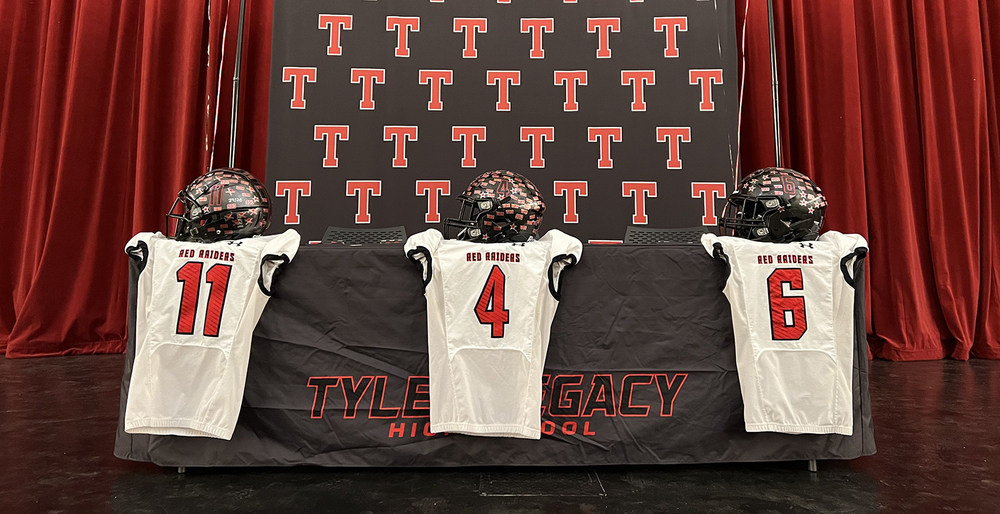 Tyler Legacy High School senior athletes signed letters of intent to play football at the collegiate level today. The signing ceremony took place in the theatre in front of the athletes’ families, coaches, and teammates.

Tyler Legacy Head Coach Joe Willis: “Jamarion is a generational talent who led the Varsity team in rushing in each of his four years at Legacy.  More than that, he was a team leader who led by example and was able to grab major offers from schools across the nation.  We wish him all the best at Alabama!” 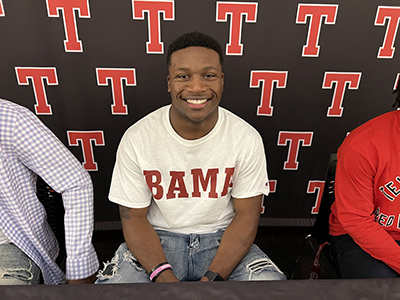 Tyler Legacy Head Coach Joe Willis: “Bryson is an exceptional talent who has etched his name into the record books at Legacy.  He is a dynamic player who had several offers to play big-time football all over the country.  I can’t wait to watch him excel at Texas Tech.” 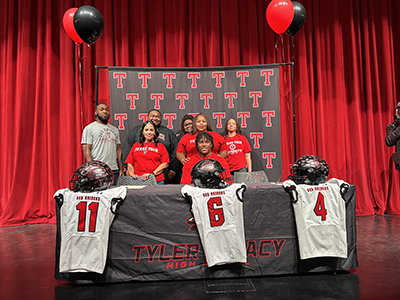 Tyler Legacy Head Coach Joe Willis: “Aaron was a vital part of this team for the past three years. His versatility and athleticism were unmatched by anyone in the district. He will be greatly missed as he continues his academic and athletic careers at SFA.” 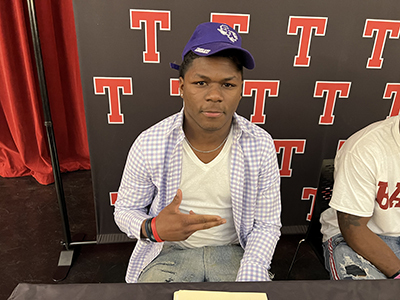