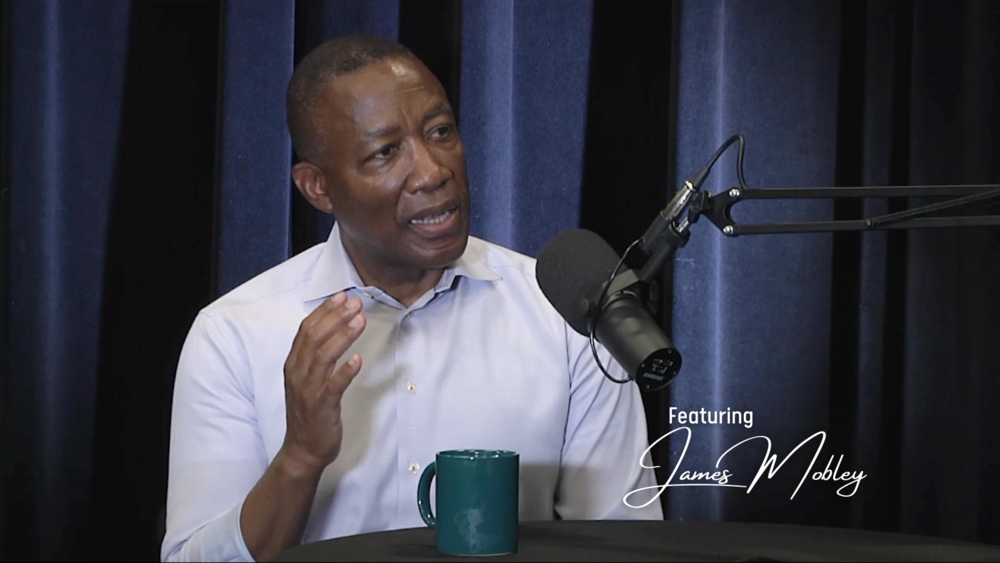 James Mobley speaks on writing “We Didn’t Have Much”

In the latest edition of the Talks with Tyler ISD podcast, host Jennifer Hines speaks to Tyler ISD alumnus James Mobley about his new book “We Didn’t Have Much.”

Currently, the senior vice president at Cisco, Mobley says the inspiration to write the book came from him and his wife kidding around. “The truth is we all have stories in us, and this story is the story that’s been in me and my head for quite a while," he said. With help from his daughter and the support of his family, "We Didn’t Have Much” came to life.

Drawing from his own experiences growing up in Tyler as the youngest of six siblings with a single mother, Mobley focuses on the lessons she instilled in him of giving back to his community, treating people right, working hard, and going to church. “We didn’t know we didn’t have much because my mom made us feel that what we had was what we’re supposed to have,” he said. Mobley hopes the main takeaways from his story and experiences are that kids should work hard, be kind, and continue to dream big.

Mobley fondly recalls his former teachers and counselor who assisted him in becoming the successful man he is today. The first Tyler ISD teacher to make a lasting impression on him was Mrs. Gladys Bradshaw, one of his high school English teachers. Mrs. Bradshaw was the type of teacher to pour into her students, and when James Mobley believed what he contributed was good, she would push him to do more. Another impactful Tyler ISD teacher was Coach Lawrence LaCroix. Coach LaCroix would instill the idea that if you take care of your business that you will do well in life. “He kept me humble when all of a sudden the head was starting to get a little big,” Mobley said. Lastly, counselor Flora Nauls was essential to James Mobley’s future because she helped him figure out where he wanted to go and what he wanted to do once high school was over. With the help of his high school supporters, James Mobley ended up ranking third in his class, the highest male graduating from Tyler High School, formerly John Tyler.

James Mobley, an alumnus from Tyler ISD, proves his point that you can continue to succeed and dream big by working hard and being kind.

Thank you for sharing your story with us, Mr. Mobley.

To listen to the full episode or to catch up on previous episodes, go to http://tylerisd.org/podcast.