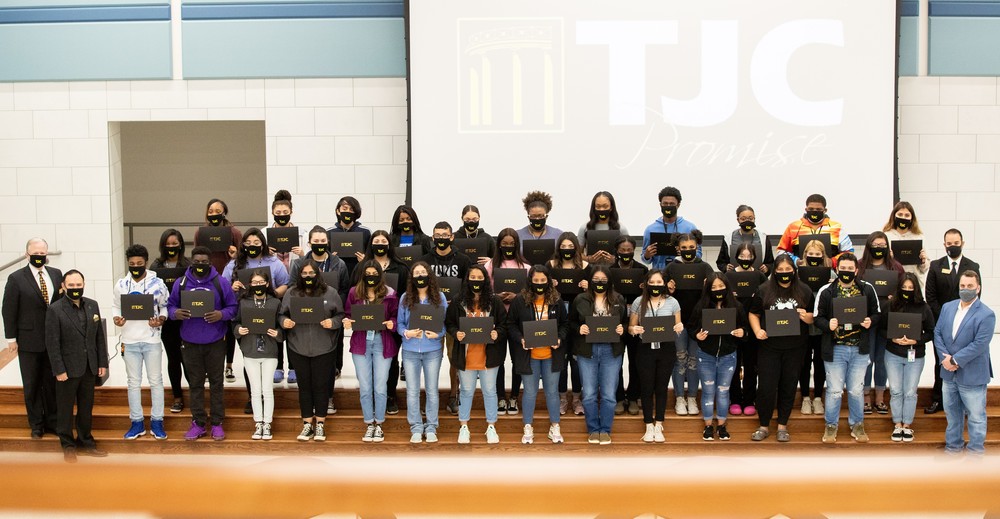 One hundred twenty-one Tyler Legacy High School and Tyler High School seniors have qualified to be TJC Promise Scholars. These students have achieved the Promise standards based on academic performance, persistence, and community service all four years of high school.  As a result, they will receive up to two years of tuition and books at TJC for free.

TJC recognized 44 seniors from Tyler High and 77 from Tyler Legacy during campus assemblies and presented each student with a certificate, TJC backpack, and admission information.

“There are a lot of promise programs, but TJC really has been one of the vanguards in making sure that the students of their city and community are successful and that the cost of college is not a barrier in acquiring a post-secondary credential or degree,” Tyler ISD Superintendent Dr. Marty Crawford said.

The TJC Promise is a six-year, comprehensive program that spans from ninth grade through the first two years of college. Participants sign up during the first semester of their freshman year of high school and commit to fulfilling four years of academic, persistence, and community service requirements.

Students who fulfill the Promise requirements receive support and encouragement to obtain a college degree or certificate from TJC. The TJC Promise Program covers tuition and fees for up to two years through a combination of federal grants, TJC scholarships, and the TJC Promise. 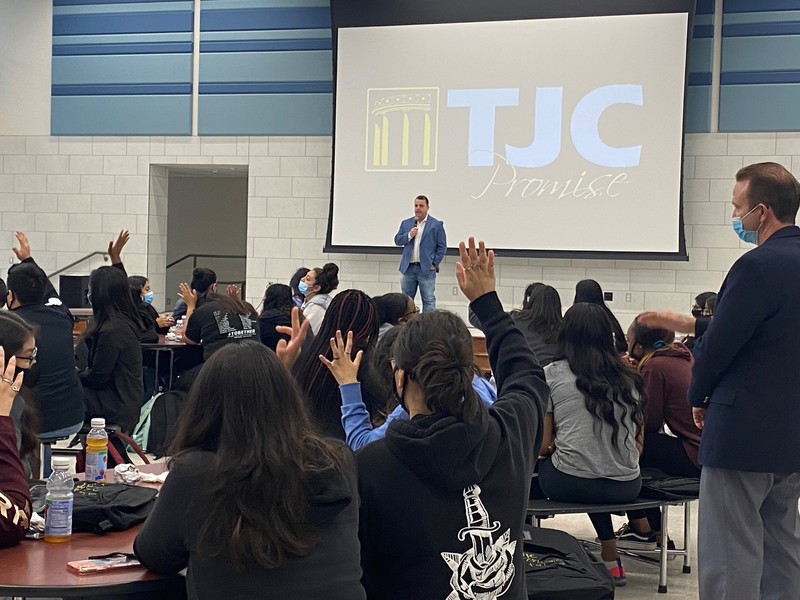