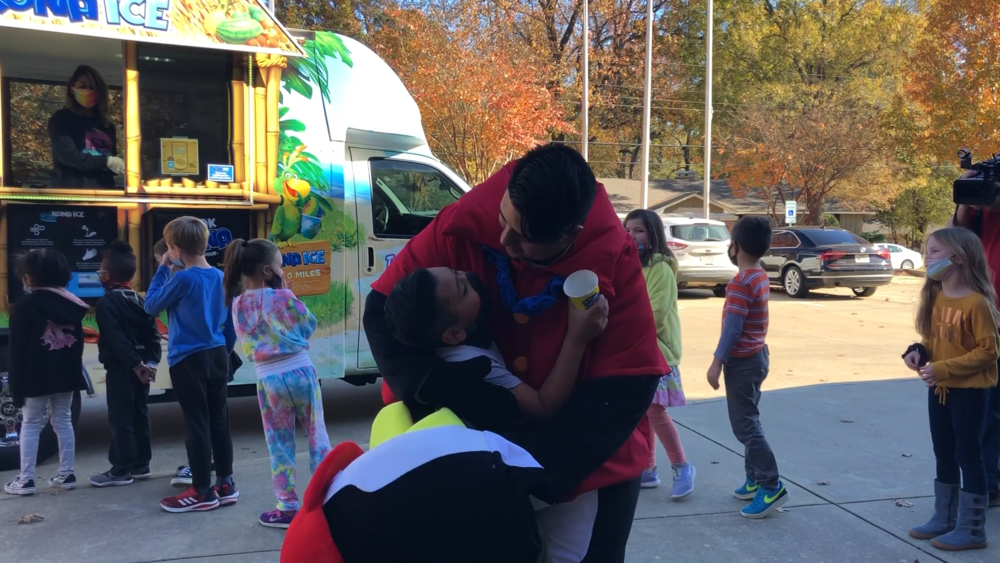 An Andy Woods first grader, Ares Rosales, received a surprise visit from his father who is returning from deployment just in time for the holidays. US Army Sergeant Natan Rosales has been deployed with the Army since June.

Disguised as the Kona Ice mascot, Ares had no idea his father stood right next to him while he was eating his snow cone. However, when Sargent Rosales took off his mask, Ares dropped his snow cone and threw his arms around his father’s neck.

Watch the full reunion on our Tyler ISD Facebook page!

“It’s an amazing feeling to know that I’m here for good that I’ll be able to see my son grow, and change and become a man,” Sergeant Rosales said.

Ares mother, Adalia, coordinated the surprise with his teacher, Jana Teel, for weeks. “It was amazing,” Adalia said. “I had to hold back tears because I know they’ve been waiting to reunite for so, so long.”