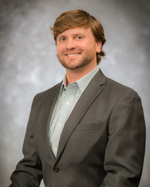 Mr. Washmon earned his Bachelor of Business Administration from Baylor University in 2004, where he double majored in Business Management and Business Broadcasting. During his time at Baylor, Mr. Washmon was a member of Phi Gamma Delta Fraternity (Kappa Chapter). He served on the fraternity Cabinet and also participated in various organizations and charities. After college, Mr. Washmon returned to Tyler and began working with his father at BW Energy Consultants, where he currently serves as Vice President.

Mr. Washmon and his wife, Ashley, have two children. The Washmon’s are active members of Green Acres Baptist Church.