Saturday, May 7, 2022, Tyler ISD voters approved the $89 million called bond election. On behalf of the Tyler ISD Board of Trustees, staff & students, thank you for your support in the passing of this bond election. As we continue the academic work and focus on successful student outcomes, we welcome you to continue your engagement in making your school system great!

The bond package provides for construction of new campuses for Hubbard Middle School and Early College High School. Students will continue to be housed on the current campuses during the construction process. The tentative opening date for the campuses is August 2024. 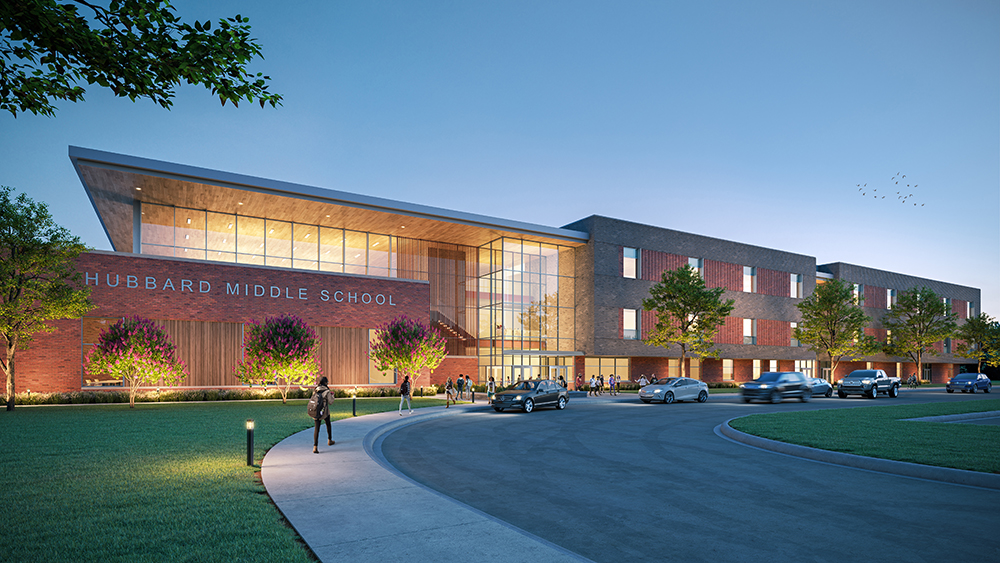 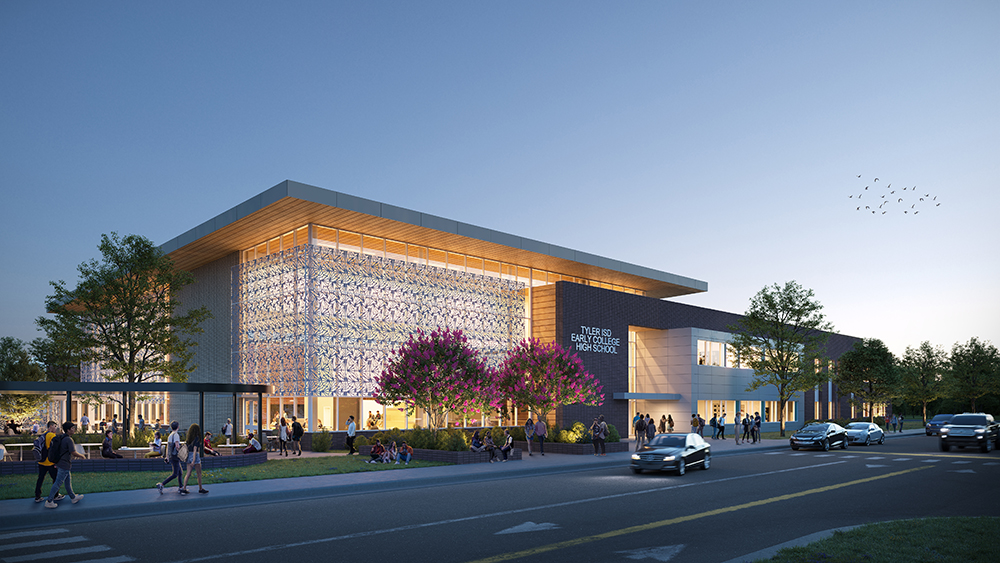 The new campuses contain elements that are energy efficient and have helped the district control utility costs. The buildings feature increased security and safety measures, including enclosed corridors, controlled entrances, and digital video surveillance systems. Technology is in place throughout the schools, including computer stations, high-definition LCD screens, and wireless connectivity.

The 2004 and 2008 bond packages were the first two phases of the District’s facilities master plan, with Phase 3 and 4 completed with the 2013 and 2017 bond packages. The 5th phase is currently being presented to voters for consideration. The Phase 5 bond proposal includes the construction of a NEW Hubbard Middle School and a NEW Early College High School.

The last bond referendum passed in 2017. The bond referendum totaled $198,000,000. The 2017 bond package provided for remodeling and additions to Tyler’s two flagship high schools.  Approximately 5,000 students are in new or renovated spaces.

The high school projects began construction on time, were completed on time, and were completed under budget. The new facilities demonstrated an increase in security and safety measures by providing enclosed corridors, controlled entrances at reception areas, video surveillance cameras, alarm systems, and card access control at all entrance points.

The bond election was called for Saturday, May 7, 2022.  All registered voters within the boundaries of Tyler ISD were qualified to vote.

These statements assume that property tax values do not decline.

Qualifying disabled veterans and residents who have an over-65 homestead exemption had their taxes frozen when their exemption was granted (unless improvements or additions are made). Anyone who needs more information about the exemption should call the Smith County Appraisal District at 903.510.8600 and ask for the Exemption Department or go to the appraisal district’s website at smithcad.org.

If you’d like to schedule an informative bond presentation for your group/organization, please call the Tyler ISD Communications Office at 903.262.1064. You may also email jennifer.hines@tylerisd.org and questions will be answered promptly.