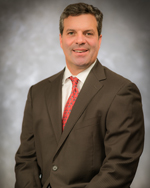 Mr. Bergfeld is the President of Bergfeld Realty Company, LLC, in Tyler. He is a fifth generation Tylerite.

He grew up in Tyler, attended Rice, Hubbard and Robert E. Lee High School where he excelled in football and track. He was part of the first football playoff team in school history and the only Robert E. Lee relay team to ever win a medal at the state track and field meet - a silver in the 4 x 400 meter relay. He received a full football scholarship to SMU where he went on to earn his B.A. in 1993. After college, Mr. Bergfeld received his J.D. from South Texas College of Law, in Houston, and was admitted to practice law in the State of Texas in 1997. Mr. Bergfeld also founded Bergfeld Realty Company, LLC and has been heavily involved in the development of this city for the last 19 years.

Some of the most rewarding real estate endeavors have been in the redevelopment of downtown Tyler. Mr. Bergfeld and his partners have redeveloped properties on University Place, 210 S. Broadway, the Wright Building at 408 S. Broadway and, most recently, the People’s Petroleum Building at 102 S. College. He has served a term as the President of Heart of Tyler, and two terms on the Historic Tyler Board. He has twice been given the Preservation Award by Historic Tyler, Inc., for his work in Historic Preservation.

He is currently serving his sixth term on the Tyler ISD Board of Trustees. In 2005, as President of the Board, Tyler ISD was recognized as the School Board of the Year for the State of Texas. That same year, he was honored with the W.C. Windsor Award, for outstanding community service by a Tyler citizen under the age of 40. He has also served two terms on the Tyler Chamber of Commerce Board of Directors.

Mr. Bergfeld and his wife Shawn, who has served as the Hubbard and Three Lakes Middle School PTA President, have been married for 19 years and have three sons that currently attend or have graduated from Tyler ISD, Andrew, George and Alexander. They are members of First Baptist Church, where he serves as a Deacon.