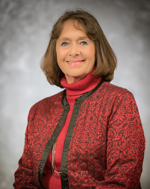 Dr. Patricia A. Nation brings to the Board more than 27 years of experience in education. Her teaching career began in Tyler ISD where she taught for six years at Hubbard Middle School. Dr. Nation then moved to Killeen where she taught for seven years before returning to Tyler and teaching at Dogan Middle School for two years. Dr. Nation served in various administrator roles in the Van, Winona and New Summerfield school districts before retiring from New Summerfield in July 2013.

Dr. Nation is married to Callen P. Nation and is a member of New Harmony Baptist Church.